Taking a quick guess before starting to count will help children get a ‘sense for quantity’.

Guessing the quantity of a few loosely scattered items or in a small heap and comparing quantities in two heaps are important precursors of later formal Math learning. The instantaneous perception of a quantity (subitizing) is particularly difficult for children with dyscalculia so you need to allow time and just stick with it. Don’t be surprised that in the beginning the guesses will be far off, like double and triple or less than half the actual amount of items.

For this fun activity you will need:

Before the activity starts:

1. Fold the paper in half so you see only one row of leaves. Ask your child to touch each leave with a finger of one hand (the dominant hand preferably): so it is clear that one row is five leaves.

2. When you have played the game numerous times, you can unfold the paper and use two rows. Again have your child touch the leaves with each finger of both hands, so it is clear there are ten leaves.

3. Make sure your child knows the difference between quickly guessing or (giving an impression of the approximate number in the wink of an eye: it’s your child’s estimate, so it cannot be ‘wrong’) and actual counting.

Here’s the activity: guessing a quantity

Make a little unorganized heap of counters next to the paper (less than five items, you can increase the numbers later)

Ask your child to look at the heap only for a moment and guess the number before counting them. You can also cover them and only remove the cover for an instant to prevent the habit of starting to count them)

Acknowledge any reasonable estimate without commenting and ask her to count by putting the items one by one on the leafs on the paper.

Your verbal encouragement could be something along the line of: “Wasn’t that fun? This time you guessed a number that was smaller than the counted number and last time a larger number, that’s both O.K., let’s play again.”

In a later stage, when you are using the unfolded paper, your child will probably start to arrange the counters in manageable smaller heaps on the table before transferring them to the leaves.

Even better for Math development is arranging the counters into small geometric patterns like a line of two, a triangle of three, or a square of four. This will help to get a ‘feel’ for the number, like instantaneously ‘seeing’ a number, a bit like perceiving the three or four items together as a whole. Perceiving this ‘three-ness’ or ‘four-ness’ is called subitizing.

The next level: comparing two quantities

Make two heaps of counters on either side of the printed download and ask for a quick guess which heap has the most items and use the paper to check. Do quickly guessing what is the smallest quantity for a change. You can easily make this into a fun game too.

Remember to keep it a game-like and fun activity and enjoy pre-Math! 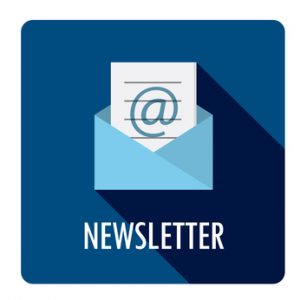